Any questions about our inventory? We're here to help.

I agree to receive text messages from LC Classics representatives and understand that no consent to texting is required for purchase of products or services.

Text sent to
We will answer you immediately 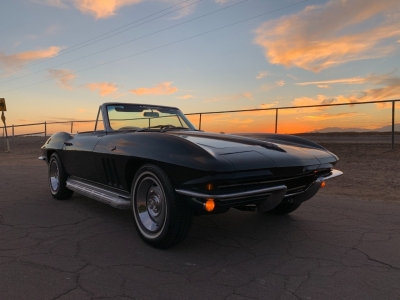 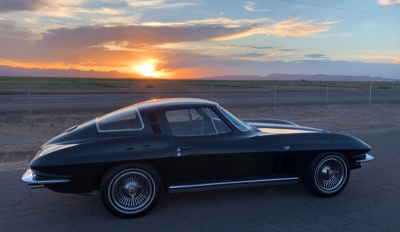 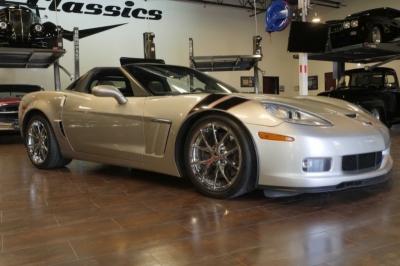 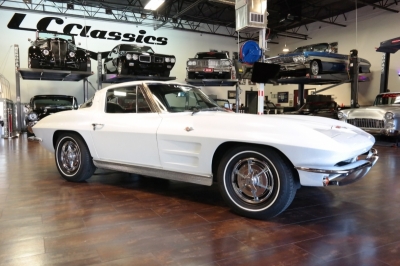 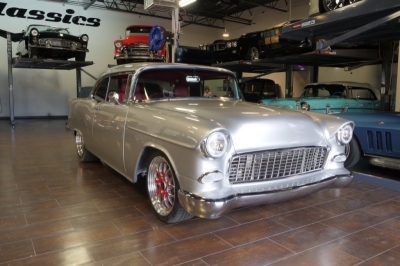 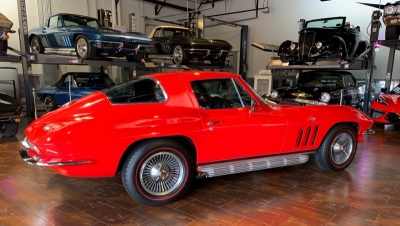 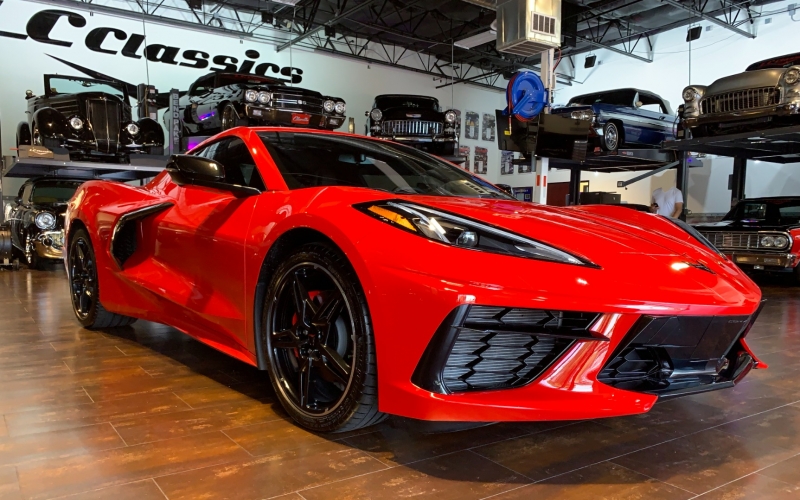 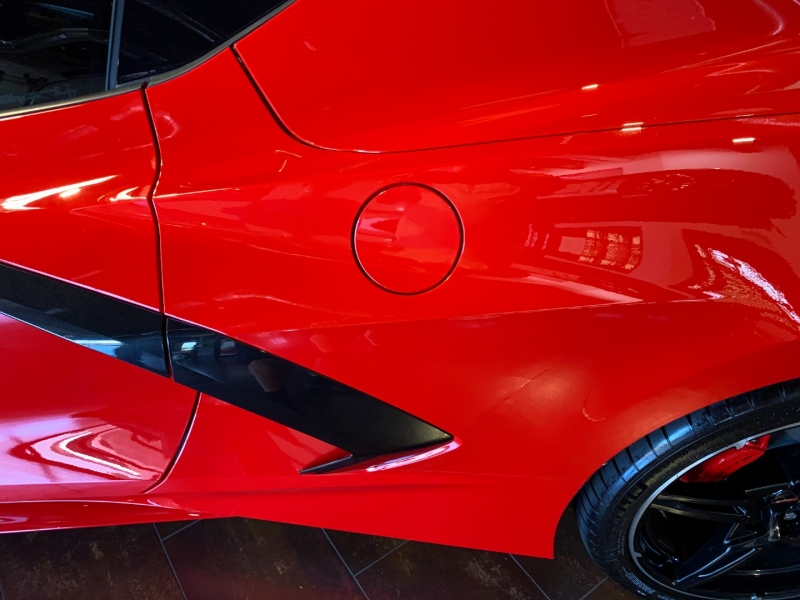 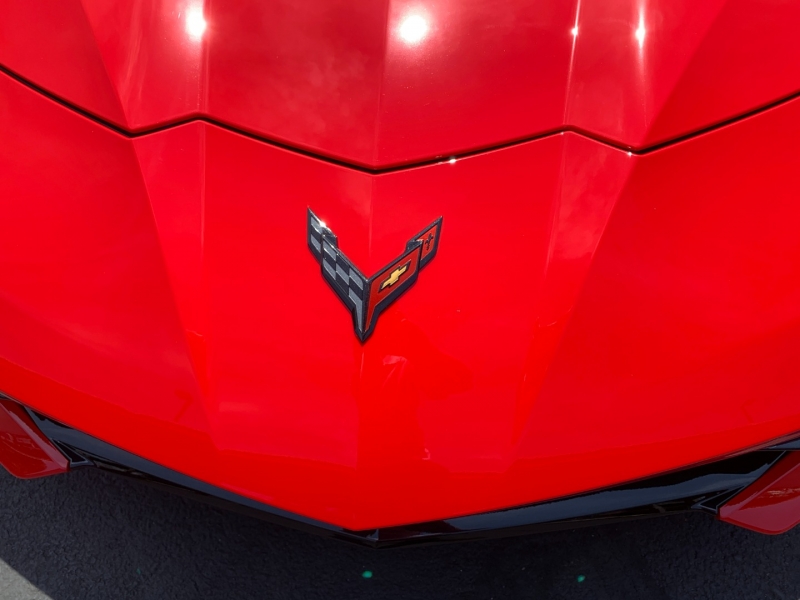 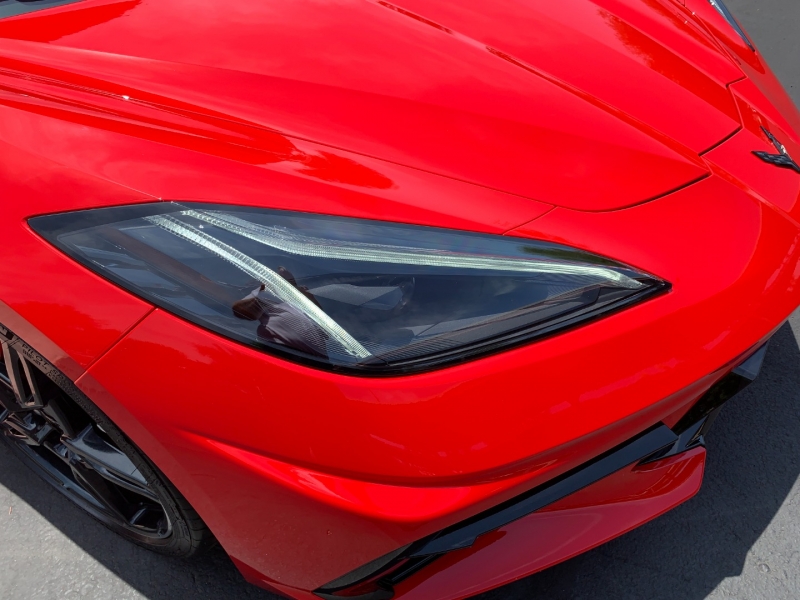 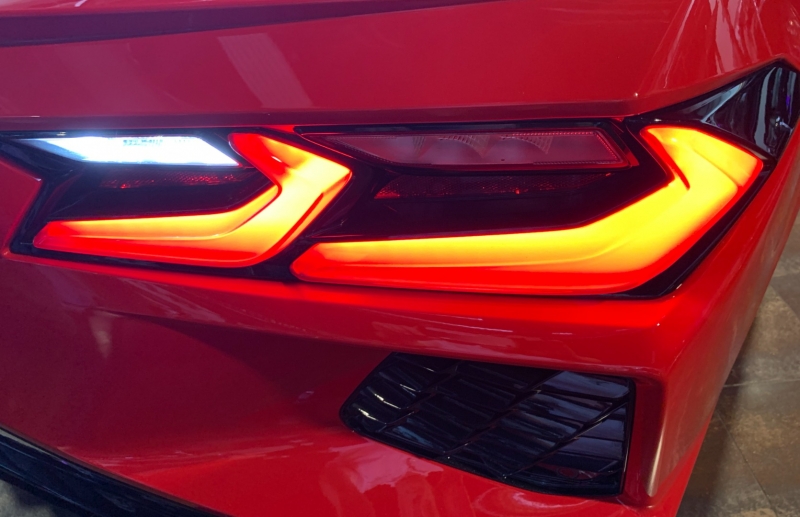 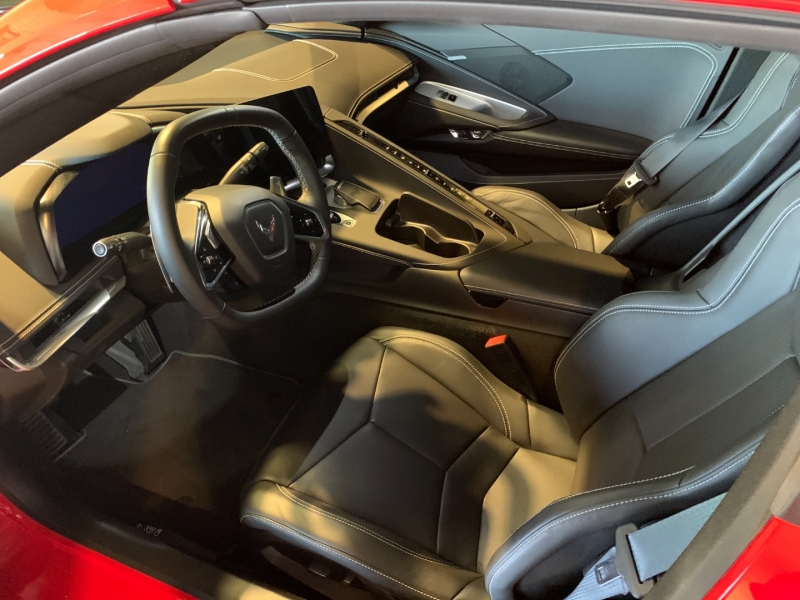 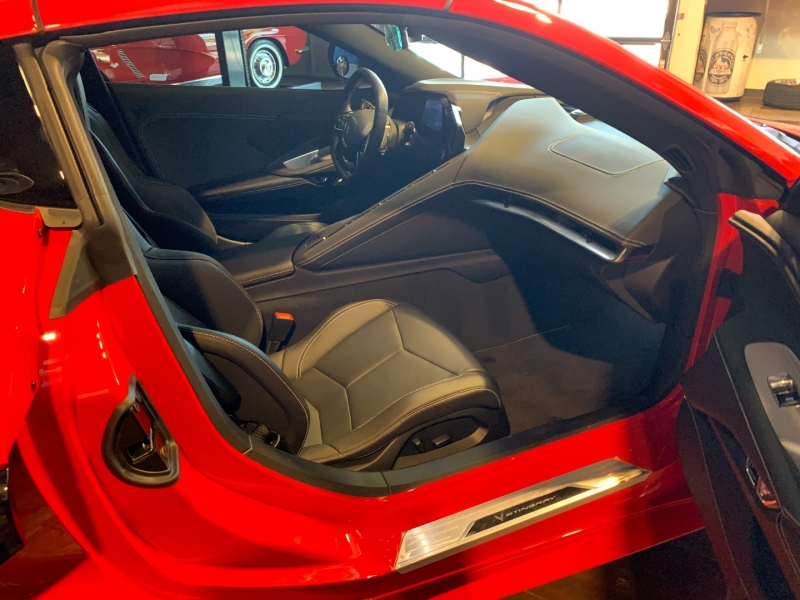 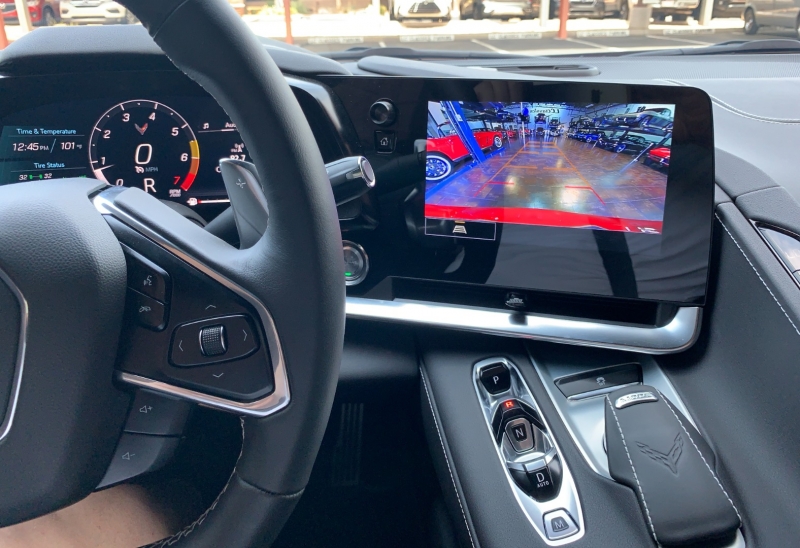 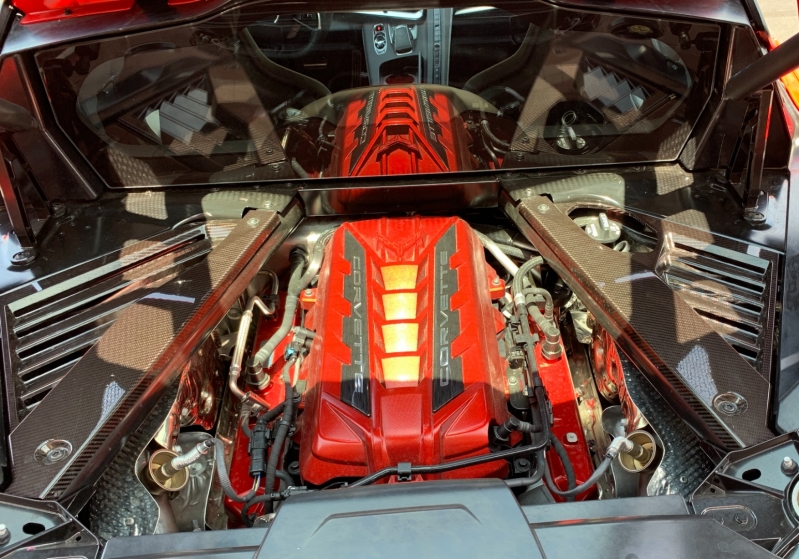 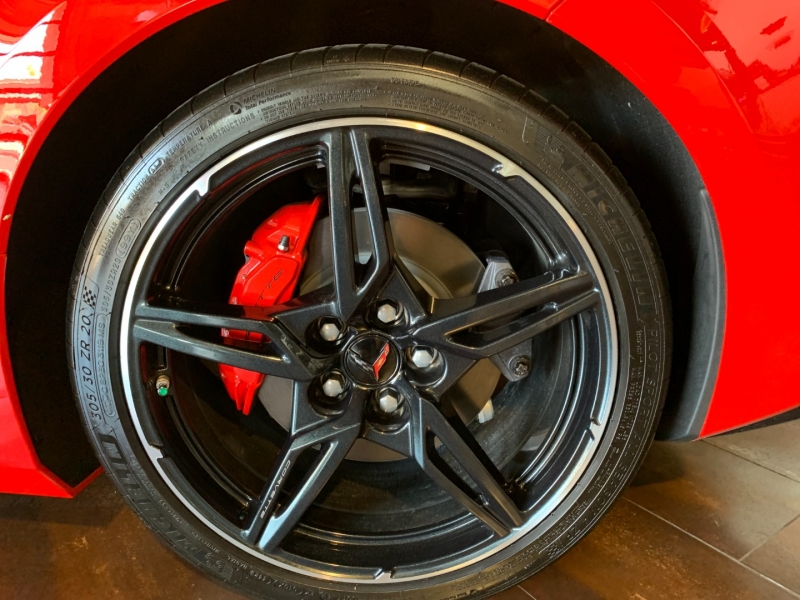 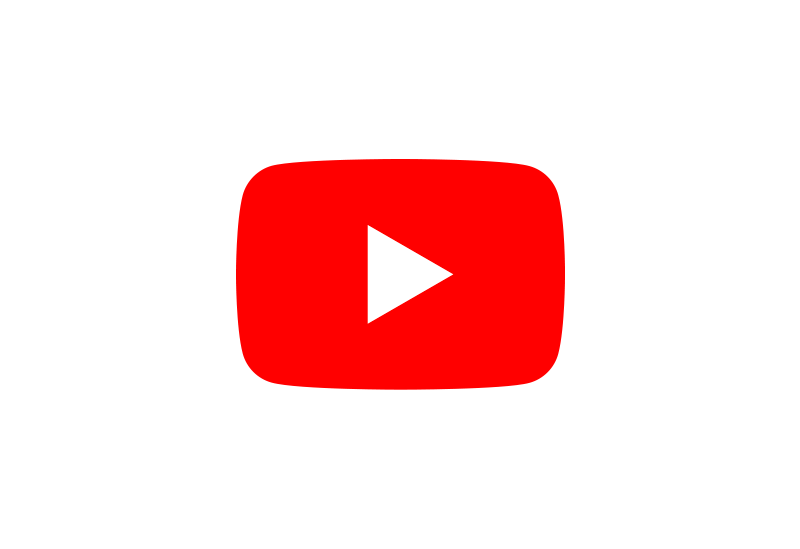 LC Classics has this one ready for you to take home.

They quit making this model year a couple of months ago.

And your search could be over with a call to our showroom and we're looking for interesting trades.

In July 2019 GM unveiled the C 8, the newest generation Corvette, at a private media event in Irvine, California. To those in attendance, it’s fair to say that they were visibly in awe of what was now before them. After 66 years and seven generations of front engine Corvettes, this rakish new car was the first to have its power plant positioned behind the driver. Under the guidance of Corvette chief engineer Tadge Juechter and the vision of design director Tom Peters, the vehicle’s new architecture signaled that America’s venerable sports car was now an ‘exotic’, and it was more than ready to compete with the world’s best.

The idea to place an engine amidships was not a new proposition. Probably the most famous early mid-engine success was the 1966 Lamborghini Miura penned by legendary Bertone stylist Marcello Gandini. It was a V-12 sports car that combined serious performance with what is still a stunning design. As with Lamborghini, some Ferrari and Porsche models, among others, soon followed suit. The entire premise of a mid-engine vehicle is to centralize the car’s mass. This generates a weight bias towards the rear wheels which provides superior traction and acceleration while vastly improving balance, handling and braking. To take the new C8 generation Corvette to this next level would put Chevrolet engineers and stylists on a path to create a totally new and exciting vehicle.

With the new C8 Sting Ray’s introduction two years ago it was apparent that the Chevrolet Division had entered a new league, no longer one of sports cars, but of ‘supercars’. Integral to this category was to ‘get it right’, and they definitely succeeded. The chassis was modified to accommodate a mid-engine geometry and the cabin was moved forward 16 inches to adjust for this layout. With the engine placed behind the driver, stylists could now design a completely new body that could lower the front profile to improve aerodynamics, integrate massive side air intakes to the engine bay and still incorporate front and rear design cues from the previous generation of Corvettes. By any metric, the C8 silhouette is not only stunning, it’s fully functional. Additionally, the new Sting Ray offers not only a coupe with a manually removable ‘Targa’ roof panel, but the first Corvette convertible featuring a fully automatic folding hardtop, stowing just forward of the engine bay.

The heart of the new C8 is the LT-2, a 6.2 L. V-8 that has been juiced with a higher pressure fuel injection system to improve idle and quicken throttle response. Base numbers of 490 hp and 460 lb.-ft. of torque improve to 495 hp and 470 lb.-ft. of torque with the very desirable Z51 package. This popularly ordered and reasonably priced option provides tuned exhaust, larger Brembo brakes, electronic limited-slip differential, improved engine cooling capacity and Michelin Pilot race-spec tires, along

with a few carbon fiber trim goodies. To the dismay of some old school Corvette enthusiasts, the venerable 6-speed manual transmission has been dropped due to recent motorist and automotive trends. Now doing the work is a Tremec dual clutch 8- speed automatic with paddle shift controls. This set-up seamlessly delivers all of the engine’s power to the pavement, and more importantly, with almost no loss to the power curve between gear shifts.

To say that Chevrolet has hit a ‘home run’ with the C8 Corvette Sting Ray is an understatement. This vehicle is everything that the car gods envisioned it to be...and more. In fact, in 2020 Motor Trend gave it their ‘Car of the Year’ award and it also won the ‘American Car of the Year’ crown. Production of the 2022 Corvette Sting Ray is just beginning, so we don’t have all the details, but it’s rumored that there will be two race ready limited production versions sporting an ‘R’ badge that will offer considerably higher power options echoing some of the former ‘Z’ configurations. Among auto enthusiasts, there’s an overwhelming consensus that the new mid-engine Corvette is an absolute steal when one considers that its looks, power and performance are on par with many foreign exotics costing several times as much. GM president Mark Reuss once remarked; “Where else can you get a supercar that can go from 0 to 60 in less than 3 seconds for this kind of money?” It’s crystal clear that this newest generation Corvette has re-defined what a true world class sports car should be...and thankfully, there’s much more quickly heading our way.

LC Classics makes no claims of authenticity of any numbers, tags or documentation on any car.
We present what is delivered to us in good faith.
We welcome you to inspect vehicle with your mechanic and/or representative. Sale is as is
where is no warranties.

LC Classics has this one ready for you to take home. Hard to find 2021 Corvette 3LT ...

To be completed at the end of 2021LC Classics first Restomod/Super Car made to order.< ...

The C-7...End of an EraOrigins:Interestingly, the seventh generation Corvette was int ...

You have no vehicle saved.